The Future of Online Cannabis Sales

Quick Summary For vendors and consumers alike, the convenience that e-commerce allows would seem to be the perfect fit for the rapidly growing recreational and medical cannabis industry. After all, we buy everything else online these days, so why not have online cannabis sales? In many places where cannabis has been legalized, the answer to this question […]

For vendors and consumers alike, the convenience that e-commerce allows would seem to be the perfect fit for the rapidly growing recreational and medical cannabis industry. After all, we buy everything else online these days, so why not have online cannabis sales?

In many places where cannabis has been legalized, the answer to this question is simply that it can be very hard to do. For example, the disparity between federal and state law in the United States, and the diversity of public opinion and rule that has grown from this rift, have made e-commerce and cannabis a risky mix. Not so in Canada, where cannabis was legalized nationwide as of Oct. 17, 2018. This gives Canada a distinct advantage when it comes to cannabis sales.

While the proliferation of cannabis retail options has brought forth many businesses offering their own quality customer experience, there’s no denying the countless advantages online sales offer to merchants.

E-commerce lets vendors easily monitor their businesses, target their customers, and keep an appealing digital façade without the expensive upkeep of a regular store.

Because of this, we’ve seen a few key provinces within Canada, including Ontario and British Columbia, partner up with Shopify Plus—an e-commerce platform that allows merchants to easily customize their digital presence. 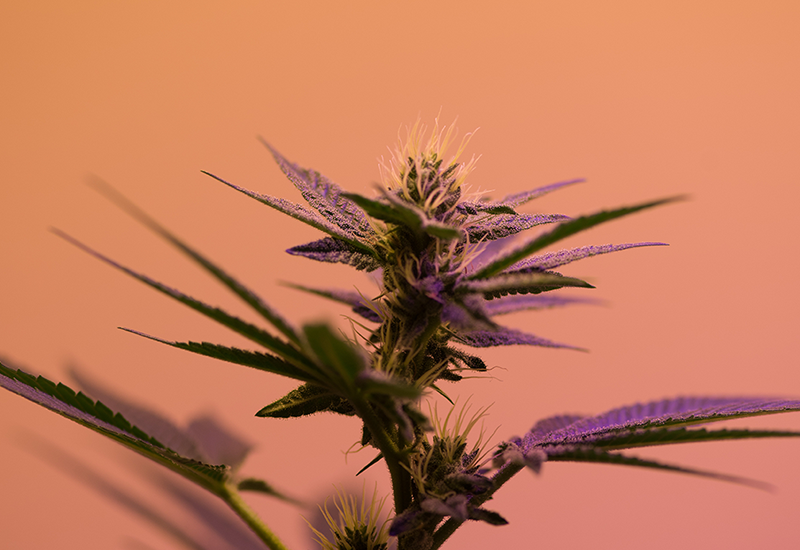 Chances are, you are already familiar with the ease and accessibility Shopify brings to the online shopping experience—even if you’re not aware of it. That’s because, as the fast-growing company proudly states on its website, there are close to 600,000 active stores with a combined $72 billion in sales using Shopify for their e-commerce needs.

Shopify aims to make it easy for businesses to enjoy the benefits of e-commerce without the requisite tech know-how.

For a subscription fee (which varies based on the size of your store), they let you choose what kind of online shop you want, offering multiple plug-in options for things like upselling and cross-selling, and more than 70 different payment gateways to choose from to make the checkout experience run as smoothly as possible (they also offer checkout options in multiple languages, a necessity in such a diverse and multilingual country). Shopify sites also come with a built-in marketing suite sporting a number of snazzy SEO features, customizing your layout for maximum searchability.

For vendors, this service holds tremendous promise. And while we’ll initially only see a few government-run Shopify dispensaries in Canada soon (where, as per Shopify’s rules, Canadian companies can only sell goods in Canada), these first steps should provide some insight into what we should expect from e-commerce cannabis sales down the road. When selling a product that comes in so many forms (though items like topicals, concentrates, and edibles won’t be legalized in Canada until a full year after the initial legalization date) and can be used for so many purposes, it’s the merchant’s responsibility to inform the customer and guide them towards the item they want or need. Online shopping makes it easy to relay this information with quality product descriptions and intuitive search functions, while options like live chat boxes (including those run on artificial intelligence) allow customers to ask any questions they might have without having to wait for an associate.

For the consumer, Shopify-assisted cannabis sales will probably most closely resemble the experience of shopping through a well-run startup company. There will be unparalleled user experience, an easy-to-maneuver layout, and eye-catching design. They’ll also be able to use a credit card, something that is, as of now, not the case with legal cannabis sales in the United States, as major credit card companies are hesitant to partner with U.S. shops. 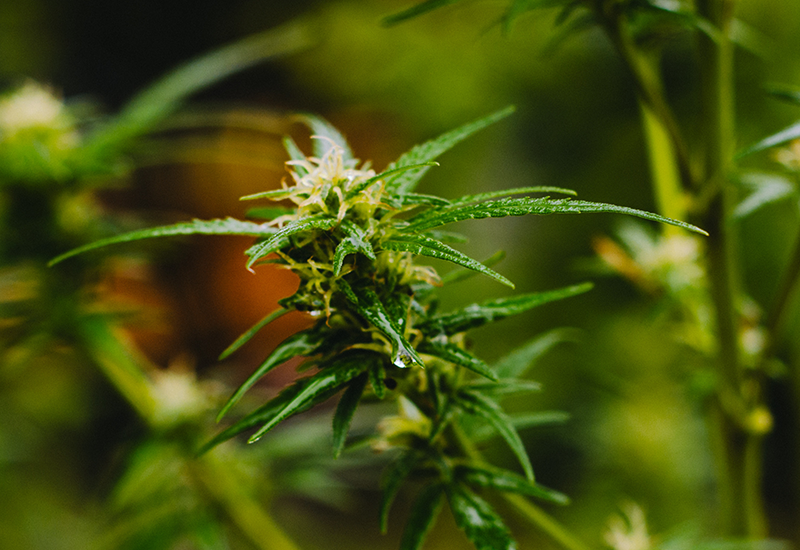 The legalization of cannabis in Canada coincides with an ongoing, state-by-state legalization process in the United States. As of now, there are only four states where marijuana is completely illegal (Idaho, Kansas, Nebraska, and South Dakota), while Alaska, California, Colorado, Maine, Massachusetts, Nevada, Oregon, Vermont, Washington, and Washington D.C. have all legalized cannabis for both recreational and medical use. The remaining states allow for differing degrees of medical use, and some only permit the sale of non-psychoactive cannabidiol (CBD) products. As the cannabis industry continues to reap fiscal benefits, this will probably change drastically over the next few years.

Once marijuana was legal in Canada and a sales platform had been established, the rules and regulations surrounding online shopping for cannabis will presumably follow the Cannabis Act. While this act itself is quite long, it can essentially be boiled down to three primary goals, according to the Government of Canada Department of Justice: keeping cannabis away from those too young to legally purchase it, keeping money away from criminals poised to profit from cannabis, and encouraging a safe environment by providing adults over the age of 18 with vetted, legal cannabis. As far as how much you can buy or share, 30 grams is the magic number. Additionally, it will take one year from the legalization date—Oct. 17, 2019 to be exact—for edibles and concentrates to become legally available as well.

Because laws and regulations concerning recreational and medical marijuana differ from country to country (and, within the United States, state to state), there is some concern about the possibility of consumer information from these online purchases being used in a way that may harm or inconvenience the buyer. For example, what would happen if user data from a purchase got into the hands of United States border agents?

Given the somewhat unpredictable state of legalized cannabis in the U.S., where the substance remains illegal on a federal level, there’s worry this information can be weaponized to make it difficult for people to enter the country—even when what they are doing is perfectly legal.

For this very reason, Ontario’s government-run cannabis retailer, known as the Ontario Cannabis Store (or OCS) has partnered with the Ottawa-based e-commerce service Shopify. According to the company, all information collected through online cannabis sales will be deleted once a minimum hold time has passed, with no information being sold to third parties. That said, some experts state that, while current law does technically protect individuals from things like this happening, a strengthening of privacy protocol would be welcome. Expect to hear more about developments in online retail security once legalization has taken effect. 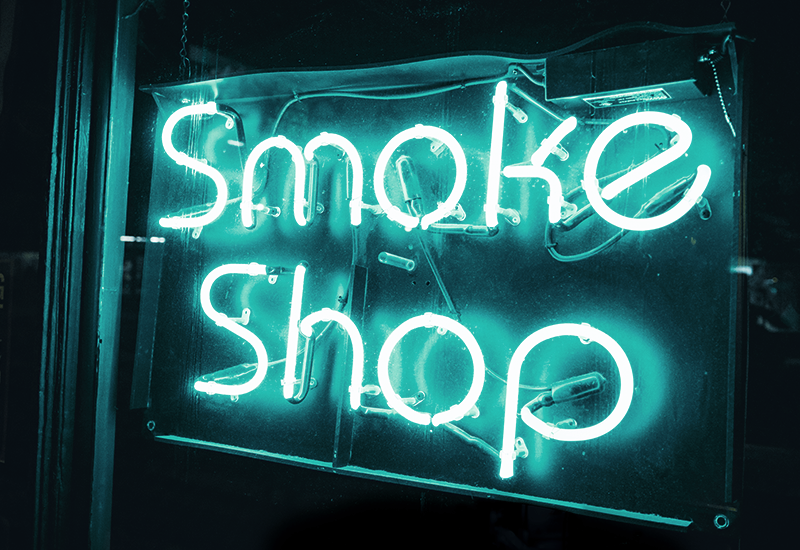 As soon as the legalization of marijuana was first announced in the United States, countless entrepreneurs (and aspiring entrepreneurs) were already figuring out ways to profit from this turn of events. This has resulted in many budding (some pun intended) delivery businesses, many of which implement tech that should be familiar to anyone who has ever ordered food from Seamless or GrubHub.

These services primarily connect users to dispensaries that offer delivery, making it easy to order locally from a computer or mobile device (one exception, a Colorado-based startup named Tradiv, aimed to be the “Amazon of the cannabis industry,” ultimately fizzled out after moving to California and a litany of management problems. Many of these apps can only be used in the U.S. at the moment, but one can imagine they have their sights set for the Great White North once legalization takes hold. Here are some examples:

This delivery app is based in San Francisco and has received considerable financial support (more than $50 million in funding and counting) since its inception in 2014. With its sporty logo and simple-to-use interface, it’s easy to see why. Though initially limited to medical delivery in San Fran, the operation has expanded considerably since recreational marijuana became legal in the state of California.

Though not as well-funded or stylish as Eaze, San Mateo-based greenRush has already expanded beyond California, delivering from local dispensaries in other legal markets such as Nevada, Oregon, and Colorado.

More than just a delivery service, San Francisco’s Meadow has also been working on bringing a number of innovative tech solutions to the industry. Through their Meadow MD platform, they combine the ease of telemedicine with the benefits of medical cannabis by connecting doctors with patients for evaluations. They’ve also developed the Meadow Platform, a customer-friendly SaaS platform meant to cover all aspects of cannabis retail and delivery.

Shopify, the Ottawa-based e-commerce website that brought us here, plans to, if not become the “Amazon of cannabis,” at least compete with Amazon directly using its ties to the cannabis industry because of its position at the top of e-commerce, the “Amazon of weed” moniker has been thrown around quite a bit as businesses try to gain a foothold in the cannabis industry—just look at this TechCrunch article about Meadow.

Like Amazon, Shopify can be used by independent vendors as an online sales platform— but the similarities end there. Shopify doesn’t sell goods directly to consumers the way Amazon does, making its business model one that aligns with the vendor’s needs instead of directly competing with them. If you are a vendor in Canada looking to sell cannabis online, Shopify could be a potential option.

Of course, this doesn’t mean the company won’t compete with Amazon, and there’s no question that collaborating with the cannabis industry poses a huge advantage going forward. Or, as Shopify’s CEO Tobias Lutke put it in an interview with BNN Bloomberg TV at a Toronto tech conference, “We see it similar to prohibition going away. It will probably never, ever happen again to anyone in the retail space that suddenly overnight, that there’s a completely new product space in the market.”

What does this mean for the future of cannabis sales?

It can be hard to say what legal cannabis will look like until laws have officially been put into effect. As with the sale of any somewhat polarizing product, it’s safe to assume there will be something of an adjustment period. That said, the process should go much more smoothly than it has in the U.S., where many individual states eager to jump on the legal cannabis bandwagon have been at odds with an administration ideologically opposed to such a thing.