Quick Summary Ever since Google launched their Panda and Penguin algorithms (in 2011 and 2012, respectively), businesses operating in the online arena have had to change their strategy and content marketing approach.  With these algorithms, the search engine giant made a statement about acceptable behavior for earning search rankings.  No longer would gaining rank through any means […]

Ever since Google launched their Panda and Penguin algorithms (in 2011 and 2012, respectively), businesses operating in the online arena have had to change their strategy and content marketing approach. With these algorithms, the search engine giant made a statement about acceptable behavior for earning search rankings. No longer would gaining rank through any means other than providing the best possible content be tolerated. Users demanded value and relevance, and Google aimed to deliver.

Linking schemes, keyword stuffing, content farming, and other shady practices (black hat SEO), or even a hint of impropriety in SEO practices was met with swift justice from Google, which began demoting and delisting websites that didn’t meet quality standards. Then came Google Hummingbird in 2013, with an emphasis on user intent. 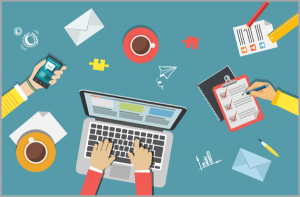 These changes to Google’s algorithms gave rise to the concept of content as king, and paired with a growing understanding of the millennial market, the birth of content marketing. The concept seems simple enough. According to the Oxford Dictionary, content marketing is: “A type of marketing that involves the creation and sharing of online material (such as videos, blogs, and social media posts) that does not explicitly promote a brand but is intended to stimulate interest in its products or services.”

Like any type of marketing, however, the implementation is not so simple, and without the right strategy, businesses can funnel a lot of money into campaigns and end up falling flat on their faces, so to speak. According to reports from the Content Marketing Institute, 86% of B2C marketers are using content marketing as of 2017, while 89% of B2B marketers have jumped on the bandwagon.

These reports noted that effectiveness of content marketing was based on a number of strategic factors, including commitment, documentation, budget, realistic goals, consistency, measuring ROI, and the relative maturity of efforts. In addition, companies considered the overall impact to the customer experience, and they had to be clear on what a successful content marketing program entails. The most successful companies ranked highly in all of these areas.

That said, less than 10% of marketers rate their efforts at content marketing as being highly effective. Why do some businesses fail when it comes to content marketing? It’s probably due to a number of corresponding factors, as noted above. Here are a couple of key points you might want to consider when planning your own strategy.

A good example of this paradigm is French supermarket chain Carrefour, which operates in Europe and Asia. While competitors like FairPrice took to social media and content marketing with zeal and grew in popularity as a result, Carrefour stuck with print ads and billboards. The result? Reported net losses of over $33 million from Q1 2015 to Q1 2016, while competitor FairPrice saw an increase of nearly $60 million in revenue from 2015 to 2016. Of course, this cannot be attributed solely to the use of content marketing, but it could be a contributing factor. 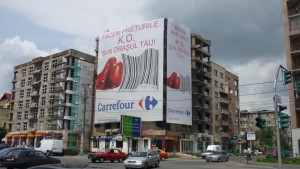 Making people care isn’t an easy thing to do, and neither is getting people involved. However, TOMS Shoes has consistently and successfully done both. In addition to giving a free pair of shoes to a person in need for every pair purchased by consumers, TOMS holds a “One Day without Shoes” campaign annually, complete with a call for followers to go a day without shoes and tag TOMS in social media posts featuring bare feet, with every tag resulting in a donation. 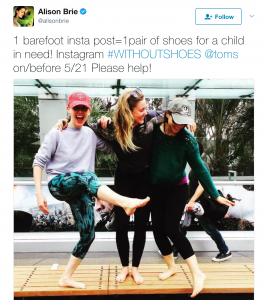 In 2016, this resulted in shoe donations to over 27,000 children in 10 different countries, earning TOMS a lot of tags and attention in the process. If you fail to make your brand relatable, engage with consumers on a personal level, and promote your brand in a positive way, your content marketing strategy won’t pay off.